The Vancouver Exhibition, 1927 - Carnival of Genealogy 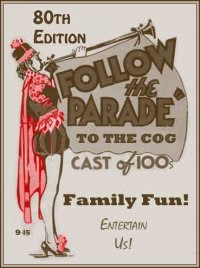 It's time for the 80th edition of the Carnival of Genealogy: Family Fun!

We were to: Research an event your ancestor may have attended. How much do you know about the types of entertainment your ancestors might have enjoyed? Check into it; then write it up!

The full Edition of this Carnival of Genealogy will be hosted at the Creative Gene blog. Be sure to see all the articles. 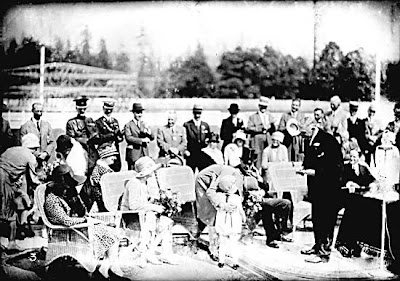 Vancouver Exhibition being opened by D.C. Coleman, the Canadian Pacific Railway Vice President, August 1927. Stuart Thomson, photographer. City of Vancouver Archives, CVA 99-1765, Add. MSS. 1535.
For anyone living in or close to Vancouver from 1910 on, the Vancouver Exhibition, now known as the Pacific National Exhibition (usually called locally just the Fair or the Exhibition, or later the PNE) was the biggest event every summer.1

Vancouver’s Exhibition has always been in Hastings Park in Vancouver’s east, near the Burnaby-Vancouver border, and it’s been going strong every year except during World War II.

My father and his brother grew up in the District of South Vancouver (from 1929, part of the city of Vancouver) and I know they went to the Fair at least some years. I suspect that they would have gone almost every year when they were little (from 1917-18 on), but I have no way of proving that. But then, I know I went every year myself when I was young and I have no photographs, not so much as a ticket stub, to show for all my visits to the Fair.

Dad and his family would have gone to the Exhibition on the streetcar; we went by bus, as most people I knew did. It would have been quite the excursion in the 1920s. The cars were likely packed as full as the buses were when we went as kids. Here's a map showing the BC Electric Railway lines - Exhibition Park is marked. My Dad's family lived near 33rd and Fraser St. (Click on the map to make it bigger.)

As I’ve trolled through local newspapers looking for genealogical ‘gems’, I’ve often seen articles about the summer Fair. In 1927 I know there was lots of news and, since my dad was then ten and his brother eight, I'm guessing that was a year they went.
The fair’s never been without controversy, even in its early days, when there were often concerns about the midway area and travelling carnival employees attracting the wrong ‘types’ – and the gambling.2 Games of skill might be allowed, but the ‘wheels of chance’ were suspect, particularly since young children couldn’t be kept out of the midway area. But by 1927, the amusement area, then named ‘Happyland’, had several permanent attractions including a merry go round, a dance pavilion, ‘Shoot the Chutes’ and 2 roller coasters. (Not the famous heritage roller coaster that’s on the grounds now. That was built in 1958.)

I imagine that Dad’s family attended local events in South Vancouver too, like the horticultural shows 3(Grandpa ROGERS was a gardener, after all), but compared to the Exhibition, I would think Dad and David would have found those ‘so boring’. I can imagine them clamouring to go to the Fair at least once each year. Maybe they even went sometimes to see the opening parades, although I don’t remember Dad ever mentioning these to me. (We often went to the PNE parades. That’s another story.)

The Fair itself was usually presented as being educational – still is – but in the 1920s there were more retail and manufacturing displays showing British Columbia’s products, as well as local bands, groups and entertainers. In 1927, one pageant illustrated the building of the Canadian Pacific Railway, for instance. The ROGERS brothers may very well have enjoyed that. And always there were the pet shows and the agricultural and craft competitions and exhibitions. (I doubt Dad looked at the poultry exhibits though: family joke.)

One of the things I remember most from the Exhibition is lining up with Mum and Na to see through the ‘prize house’ each year, so I was interested to see that in 1927 there were 3 prize houses.
One was a playhouse valued at $1000, donated by the Vancouver Trades Council. This house had “everything modern”, a bedroom, kitchen, 12’ by 6’ living room with glass bookshelves and an electric fireplace, a dining room, bath, and electric lights, “red-seal wiring” and hardwood floors – it was “a ‘real’ little house, not a toy”. Dad would have loved this – like almost any kid! Originally Woodward’s Department Store lent furnishings to show off the playhouse, but the store soon decided to donate these. There is a nice photograph in the Vancouver Sun of 6 August, 1927 showing William Hargreaves, Business Agent of Local 452, United Brotherhood of Carpenters and Joiners, and originator of this project, standing in front of the playhouse. (There are two unidentified children with him – might they be his?)

For the adults there were two prize bungalows, one with 7 rooms valued at $6,000, the other with 6 rooms valued at $5000. The first was complete with furnishings by the Hudson’s Bay Company, the second was furnished by David Spencer Ltd. And a Pontiac Six coach was offered as a prize too. To win any of these, you had to purchase advance tickets for the Fair.4

Even though they didn’t win any of the big prizes, I imagine Dad and David had a lot of fun at the Fair, same as we always did. People and new sights and sounds on every side, colourful displays, often with samples or little prizes for children. And usually there was a 'childrens' day' as the Fair's Elks Day was in the 1920s. 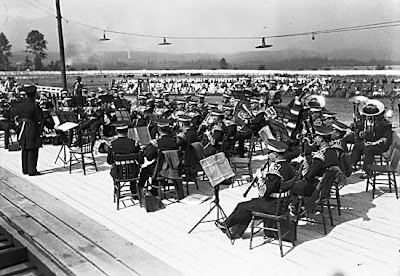 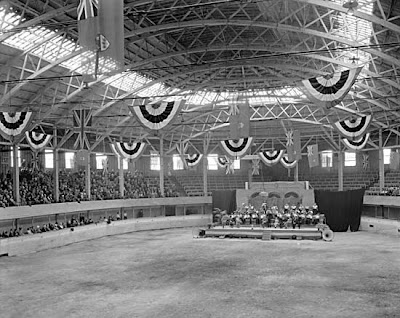 There’d be bands playing and marching throughout the day inside and outside and Dad must have wanted to listen to every one, I’m sure. He was a musician and even had a jazz band, the Rhythm Aces, when he was a teenager.

And, of course, there were the rides, and ‘junk’ food and ‘pop’ which I doubt they saw much of otherwise. David and Dad would have enjoyed every drop as these these young boys did. 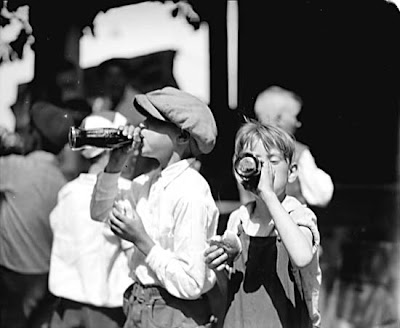 Flag day at Exhibition, 1929. Stuart Thomson, photographer.
City of Vancouver Archives CVA 99-1943, Add. MSS. 1535.
And in 1927 the rides in Happyland were advertised as ‘family fun’, so Grandma and Grandpa ROGERS probably thought going to the Fair was an all round good day out for all of them.

I wonder did they all go on the ‘Shoot the Chutes’ and the roller coasters? (Don’t tell but I’ve never been on a roller coaster yet.)
Did they go to the Fair in a group with neighbourhood friends as we did or perhaps with some of the SAGGERS cousins, aunts and uncles?
I hope Dad and David and Grandma and Grandpa did all attend the 1927 Fair together, as later that year, young David died unexpectedly. Happy memories like days at the Exhibition would have been cherished. I'm pretty sure Grandma and Grandpa must have gone with Dad in later years, as Dad was playing in the BC Electric Power and Gas Company band in 1934 when the Band won the Class A trophy at the Vancouver Exhibition.

All the Vancouver Exhibition photographs shown here are courtesy of the City of Vancouver Archives.
Posted by M. Diane Rogers at 8:12 PM

Thanks for your post! I know my Mom and family went to World's Fairs or then called Exhibitions here in the states in the late 1920's. I have to check on that one as my Mom did a booklet as a paper for a school project on the one they attended. I wish I knew if my grandparents did more than just dance at West View Park (my carnival blog). The park was within a short distance of their home. So much history lost to the ages....and not ages long ago.

Lucky you to have your Mum's booklet!
We attended the World's Fair in Seattle in 1962. I know I have souvenirs from that, but I should write something about our trips there.
Also, we all attended Expo 86 in Vancouver. Don't know if I do have anything from that - funny, as that was in my home town. Too familiar a place, I guess, to think of 'souvenirs'. My kids have t-shirts, but I think those wore out. Although I may have some buttons!

The prize houses sound very interesting. I've seen an entire house moved and it's a hard and slow process.