Wall of Remembrance - Add your WW I / II family tributes to the CWGC website.


This is a week Canadians remember and reflect on World War II.

Today is May 5th, Dutch Heritage Day in Canada; yesterday was Remembrance Day in Holland. Both these days remember and honor the 7,600 Canadians who died during the campaign to liberate the Netherlands, September 1944 to April 1945.

The Commonwealth War Graves Commission (CWGC) has invited us to add our family names amd photographs to its new “Wall of Remembrance” to pay tribute to those who served in the World Wars.

You can share a tribute on social media using the hashtag  #ShareYourTribute or submit a photo and a short written tribute to the CWGC website.

I've just done that for my great uncle Bert, Herbert George Saggers, who was killed in WW I. I never met him but I do think of him often. I will be submitting a tribute for both my parents as they served in the Canadian Army during WW II.

Details are here on the Commonwealth War Graves Commission website. There's a link there to the submission form. 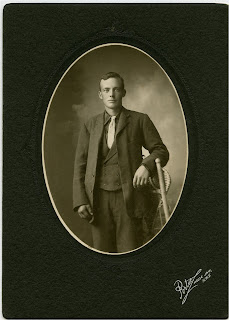 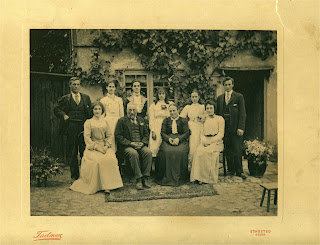 The Saggers family in England before Bert left for Canada, circa 1903 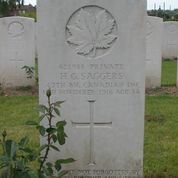