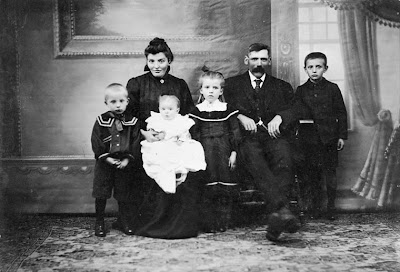 The Heterogeneous Mass of Which the Future Populations is to be Composed - Nineteen Nationalities Represented.

... the Canadian Pacific land department last year sold parcels of land in Manitoba and the Northwest to 289 foreigners. The nationality of the purchasers being as follows:

and one each from Holland, Switzerland, Roumania, Italy, Turkey, Poland and Prussia.

From the Morning Telegram, January 30, 1899, page 1. Spelling shown is as in the article. Found at Manitobia.ca - http://www.manitobia.ca/
See also:
Lemberg, Saskatchewan, Canada website - history, photographs.
Lemberg, The Encyclopedia of Saskatchewan.
Written for the Carnival of Central and Eastern European Genealogy, 26th Edition. Watch for this edition's Carousel soon at Jessica's Genejournal.
Posted by M. Diane Rogers at 8:23 AM