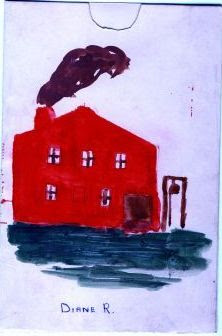 Nice memories of my life at Simon Fraser Elementary from around 1953 to 1956 ! My lasting memories of being part our our winning the Vancouver Softball and Soccer Championship! Our Principal, Mr S Meadows made me the official bell ringer ( manuallyoperated back then 🤗) Our family came to Vancouver shortly after being released from our Intern Camp in Minto Mine and Mr Meadows recognizing this, gave me the honour of being the official bell ringer! Our school had many athletes and we went on to play Little League baseball when it first came to Vancouver! Over 5000 came for tryouts and happy to say all the Simon Fraser kids won a spot on one of four teams! Nice accomplishment!

I was wondering if the school has pictures of ALL the graduating classes hung on walls or perhaps contained in a book?
Ted Kagetsu

Good to hear from you, Ted. You were a little ahead of me in school. I just checked the Vancouver School Board Heritage website and I don't see many photos there from our era. But have a look. I know a friend was encouraging people to send in digital photos. https://blogs.vsb.bc.ca/heritage/archives/elementary-schools/simon-fraser/ Not sure what's happened with that project. I did send in mine and my brother's. He was younger. I don't think the school had kept old photos. My brother did contact someone there about that. My photos are on Flickr. Linked above. I certainly remember Mr Meadows. I sang at his retirement do at the school. There are articles about him in the Vancouver papers.